Kathryn Wylde is President and CEO of the nonprofit Partnership for New York City, the city’s leading business organization. Its mission is to work with government, labor, and the civic sector to build a stronger New York, with a focus on education, infrastructure and the economy.

Prior to taking over the Partnership presidency in 2001, Wylde was the founding CEO of both the Partnership’s housing and investment fund affiliates. From 1982 to 2000, she was responsible for developing and managing affordable housing and economic development programs that contributed to the renaissance of blighted urban neighborhoods across the five boroughs. With the investment fund, she developed a network of business leaders and investors that nurtured the growth of the city’s “innovation economy,” creating thousands of jobs and promoting entrepreneurial business initiatives.

Wylde is an internationally known expert in housing, economic development and urban policy. She has received honorary degrees from Fordham University and St. Francis College and serves on a number of boards and advisory groups, including the NYC Economic Development Corporation, the Fund for Public Schools, Manhattan Institute, Sponsors for Educational Opportunity and the Governor’s NYC Regional Economic Development Council. She has authored numerous articles and policy papers and has been recognized for her leadership by dozens of educational, professional and nonprofit institutions.

Prior to joining the Partnership, Wylde worked in senior positions at the former Anchor Savings Bank and at Lutheran Medical Center in Sunset Park, Brooklyn. She is a native of Madison, Wisconsin, a graduate of St. Olaf College, and resides in Brooklyn, New York. 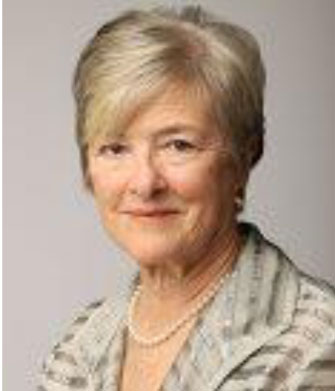